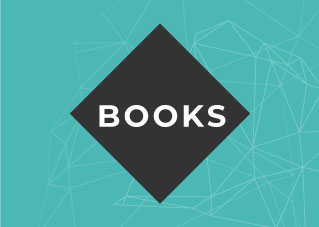 This book is a treatise on cultural globalization and the global political economy. By introducing the transnational public domain in the study of China's Belt and Road Initiative (BRI), the book goes beyond existing theoretical frameworks involving both the 'clash between civilizations' and the 'time-worn division' of the world into North and South.

It advances a new focus on the theoretical and empirical elements that canvass global cultural behaviors and reactionary attitudes to the expanding Chinese economic norms, cultures and values in different national contexts.

Whereas new nationalism couples with globalism, both concepts are rediscovered through various socio-economic contexts of BRI policy discourses, which produce conflicts, solidarities, new economic partnerships, and cooperation and resistance as types of contemporary nationalism.

The new nationalism is approached as a dual-sided, relational, and dialectical phenomenon which readers will capture by paying particular attention to both the global and local scales of the social responses to the BRI.

The book analyses the Chinese Belt Road Initiative as a transnational public domain of both cooperation and conflict that oppose different cultural and economic international actors. It therefore contrasts with pioneer theoretical works in the domain of cultural globalization that viewed conflicts between civilizations or between a dominant North and an elusive or a culturally powerless global South. BRI is defined as an economic tool and a political-cultural opportunity both for China and its partners which is further translated by various kinds of reactionary attitudes, cultural behaviors that this book seeks to analyse by putting together junior and senior researchers in political science of various university institutions across the world, practitioners and policymakers that work on the field of nationalism, international political economy and China’s international relations with a particular attention on the BRI.

The New Silk Roads (or BRI and OBOR) has raised many questions. Literature evokes Chinese nationalism, as well as its political and economic power ambitions. Authors mention the transformation of Chinese foreign policy since the arrival of President Xi Jinxing at the head of the Chinese communist party. Distinct cultural and Chinese social groups (farmers, merchants, and other types of industrial entrepreneurs) are studied as diasporas with powerful economic influence. However, their increased presence in countries such as Madagascar, Zambia, Kenya, Djibouti, South Africa, India, Canada, etc in the context of the Chinese BRI needs to questioned. What the Chinese foreign policy orientation of such groups activities in the context of the BRI global project? How do African States and other countries such as India, Kazakhstan and Canada with a high level of public opinion both in public sphere and political debates of the decision-making spheres relates to the Chinese global project to technologically connect the world through the BRI? How do the Chine global south’ partners interpret and evaluate that in terms of cultural and economic opportunity? The theoretical ambition of this is to demonstrate the interconnectedness of the complex cultural, economic and political dimensions of the silk road initiative while disclosing the interactions between internal and external dimensions of current foreign policies in the BRI. To avoid essentialization of behaviour in one side or another, the book implements a comparative approach between different case studies and by reinforcing the study bilateral relations between China and its various partners with highlighting the micro and meso aspects of what authors call in the book a new cultural and economic order.