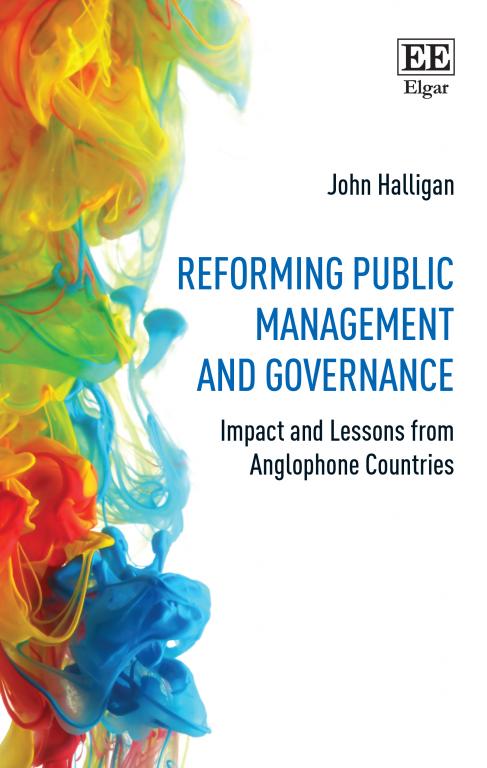 This book examines the impact of several decades of public sector reform in four Westminster systems – Australia, Canada, New Zealand and the United Kingdom. Political and managerial change has re-defined roles and relationships and how their public sectors function. Often this occurs in comparable ways because of a common administrative tradition, but choices made in different country contexts also produce divergent outcomes. In analysing the results and implications of reform, fundamental issues of and tensions in public administration and management are addressed.

This critical book focuses on two dominant reform agendas – managerialism and politicisation – to examine the condition of Anglophone countries after 40 years of reform to public sector management and governance.

Comparing four countries using the Westminster system – Australia, Canada, New Zealand and the United Kingdom – John Halligan explores the changes resulting from distinctive reform agendas, exposing performance shortfalls and unintended consequences, such as bureaucratisation. Offering a broad overview of the implementation and outcomes of key administrative developments, Halligan unpacks those traditions and conventions of governance in Anglophone countries that have been disrupted by unrestrained political executives, producing dramatic imbalances in management and governance systems.

Judicious and incisive, this book will be crucial reading to postgraduate and advanced undergraduate students of public policy seeking an in-depth understanding of both historic and contemporary reforms to public management and governance. Halligan’s comparative approach to public

‘Reforms in Anglophone countries have influenced many countries around the world. This book, by one of the leading researchers in the field, discusses in a deep and comparative way research on the challenges of these reforms related to the long-term impact of managerialism and politicization on public governance.’

‘Halligan’s book comes at the end of a major cycle of public sector reforms, and announces a possible transformation of our politico-administrative systems as scenarios for the 21st century. His capacity to unpack the complexity of “managerialism”, and “politicisation” is impressive. His focus on four Anglophone countries, as a coherent cluster, makes his analysis stronger than any other comparison. This is a “must-read” to understand the new tensions in our fast changing world, and how to handle these.’