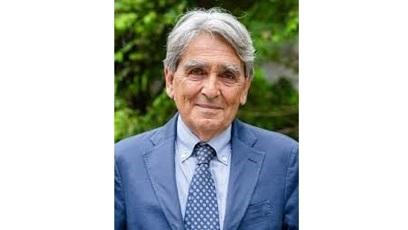 Bruno Dente, an Italian prominent policy scholar, has just passed away. He made a major contribution to the import and the development of Policy Field in Europe. He was also a great supporter of IPPA and was particularly helpful in the organization of ICPP 2 in Milan in 2015. Several researchers want to remind us of his important role.

A month after Bruno told us he was seriously ill, I sent him a mail asking how he was doing. He replied he had no intention of mailing me or others what he called his “medical bulletin”. Instead, he invited me to send him salacious jokes and, why not, spicy gossip. This was the man – not incidentally a passionate reader of the sharp, sarcastic, yet infinitively pragmatic aphorisms of Karl Kraus.

A lawyer by background, he entered the world of public policy analysis through his personal connection with Renate Mayntz. She thought that the topic of implementation would present a rewarding transition from legal categories to empirical political science. Bruno carried out the first-ever implementation study in Italy, with Rodolfo Lewanski. He soon became enthusiastic of implementation research as “empirical constitutionalism” – he often quoted the title of Benny Hjern and Chris Hull’s 1982 article to shock the lawyers in the room. They could not see how the nitty-gritty details of implementing laws and regulations could be elevated to the category of empirical constitutionalism!

But he would not miss a chance to shock political scientists too, by arguing that public policy analysis is simple: “it can be done by children” he was fond of saying. It becomes complicated – he went on - only if one has a background in political science. The problem with classically trained political scientists is that they believe in the chain of delegation as empirical description of the real world – a world with a unitary decision-maker chosen by political parties in parliament, where the bureaucracy simply executes the policies decided by those with a mandate received by the citizens.

Vincent Ostrom was his early fellow traveller in the discovery of federalism-as-diversity, as opposed to federalism-as-centralisation – a theme that took Bruno into many memorable projects on regions, metropolitan governance, and multi-level governance. A close friend of Jeremy Richardson, Vincent Wright, Yves Mény, Joan Subirats, (and, in Italy, Gloria Regonini), he defined the first generation of public policy analysis in Europe, encouraging young Italian students to travel abroad and connecting as many dots as possible with giants like Vincent and Jeremy. In 1981 he was awarded the first Italian chair in Public Policy Analysis at the University of Bologna.

His intellectual generosity was memorable – often to the point of being ruthless when making criticizing work where grave mistakes were present. But even the harshest criticism was cast in elegance and a witty observation or two – always supplemented by much-needed suggestions to young people, on how to proceed correctly in the professional career and in research projects. In some years, he would give each member of his team a book as Christmas present. One year we got Exercises in Style by Raymond Queneau, translated into Italian by Umberto Eco. Absurdity, unleashed imagination, and the infinite possibilities of language are the ingredients of this book that were dear to Bruno.

Yet (social-scientific) language was not just a territory of possibilities, but also the terrain of concrete achievements. Bruno was rightly proud that none of his studies was put somewhere on the shelves of a department or a regulator to dust and become forgotten. He was a tireless believer in usable knowledge. For him, there was no point in doing public policy analysis (note that he covered a wide range of topics, from environmental policy to public management reforms and policy instruments) if there was no practical solution in sight at the end of a project. His last project is a suite of games to teach strategy and policy entrepreneurship to would-be policy-makers and innovators.

To those who wanted to enter academia, he would reply: “it is not important to be an academic, it does not necessarily make any difference in the real world. What is important is to be professional in carrying out social science research”. And then he would caution against the sins and limitations of policy analysis as routine consultancy, echoing Lindblom’s caveats on trivializing policy research. Critique and unconventional propositions truly drove Bruno’s research – I have never seen something like routine in his modus operandi.

My maestro was a curious, challenging, problem-driven mind, with an infinite smile on his lips. Indeed, curiosity and intelligence bring to the working environment a feeling of having fun. His teams were always in cheerful mode – Bruno hated the gravitas and pomposity of intellectualism and old-style academia. Today we mourn his death, yet he lives through the hundreds of minds he shaped with his unique spirit and vision. Somewhere his smile is still there, to tell us not to take ourselves too seriously, but instead take very seriously the work we do as policy researchers.

Bruno made solid contributions to the study of several topics, from local government and metropolitan governance to public administration reform, environmental policy, local development and the theory of policy decisions. He had a talent for anticipating new fields of study and was among the pioneers of policy evaluation in Europe. In 2019, he was awarded an honorary doctorate by the Universitat Autonòma de Barcelona.

To Bruno public policy was not just an academic activity; it was a profession. Research was a way to advance knowledge of social and political phenomena but also a means to improve government and society. He was a sophisticated thinker; he had a quick mind, a gift for counterintuitive hypotheses and a special ability for synthesis. But applied research was certainly his dearest love. Versatile with any method, he consulted public administrations in Italy and Europe and directed tens of projects both at Politecnico di Milano and Istituto per la Ricerca Sociale (IRS). He loved the details of government and was at his best when discussing with policymakers, bureaucrats and practitioners. He contributed to the reforms of Italian public administration in the 1990s and was Commissioner of the Italian Scuola Nazionale dell’Amministrazione (March 2016-January 2017). Indeed, he was a great advocate of public policy as usable knowledge.

Among his many merits, Bruno was a great friend. He never backed out when you asked for advice and went straight to the point without sparing the harshest critiques. He had mordant humour, a harsh elegance and enthusiastic curiosity. Bruno, we already miss you.