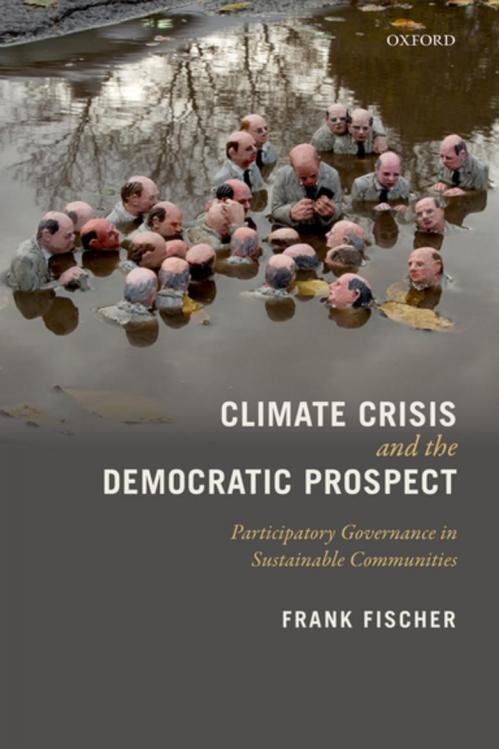 Climate Crisis and the Democratic Prospect: Participatory Governance in Sustainable (2017)

Frank Fischer has until recently been Distinguished Professor of Politics and Global Affairs at Rutgers University in the USA. Currently, he is research scholar at the Institute of Social Sciences at Humboldt University in Berlin. He is co-editor of Critical Policy Studies journal and Handbook of Public Policy Series editor for Edward Elgar.

In addition to widely lecturing around the world on environmental politics and policy analysis, he has published 16 books and numerous essays. These include :

In addition to research in the United States and Germany, he has conducted field research in India, Nepal and Thailand on citizen participation and local ecological knowledge. He has also received numerous awards, including the Harold Lasswell Award for contributions to Public Policy Scholarship. In 2017 he received the Aaron Wildavsky APSA Award for enduring contribution to the field of policy studies.

Can contemporary democratic governments tackle climate crisis? Some say that democracy has to be a central part of a strategy to deal with climate change. Others say that experience shows it not to be up to the challenge in the time frame available—that it will require a stronger hand, even a form of eco-authoritarianism. This work seeks to sort out and assess the competing answers to a question that is not easily resolved. While the book supports the case for environmental democracy, it argues that establishing and sustaining democratic practices will be difficult during the global climate turmoil ahead, especially if confronted with permanent states of emergency. This inquiry undertakes a search for an appropriate political-ecological strategy capable of preserving a measure of democratic governance during hard times. Without ignoring the global dimensions of the crisis, the analysis finds an alternative path in the theory and practices of participatory environmental governance embodied in a growing relocalization movement, and a form of global eco-localism. Although these movements largely operate under the radar of the social sciences, the media, and the political realm generally, such vibrant socio-ecological movements not only speak to the crisis ahead, but are already well established and thriving on the ground, including ecovillages, eco-communes, eco-neighborhoods, and local transition initiatives. With the help of these ideas and projects, the task is to shift the discourse of environmental political theory in ways that can assist those who will face the climate crisis in its full magnitude in real terms.

Part I Climate Change, Crisis and the Future of Democracy: Setting the Stage

Part II Democratic Prospects in the Face of Climate Crisis