Moderator: Grace Skogstad, Professor of Political Science at the University of Toronto

The members of this panel will address these questions in the context of North America and Europe.

Martin Schain is Emeritus Professor of Politics at New York University. He is the author of several books, including The Politics of Immigration in France, Britain, and the United States: A Comparative Study. Professor Schain is the founder and former director of the Center for European Studies at NYU and a former chair of the European Union Studies Association.

Tim Vlandas is Associate Professor of Comparative Social Policy and a fellow of St Antony’s College at Oxford University. He has published widely on the relationship between electoral politics, public policies and economic outcomes, and received scholarly awards from the European Network for Social Policy Analysis and the American Political Science Association.

Phil Triadafilopoulos is an Associate Professor of Political Science at the University of Toronto. He is the author of Becoming Multicultural: Immigration and the Politics of Membership in Canada and Germany and a co-editor of Wanted and Welcome Policies for Highly Skilled Immigrants in Comparative Perspective.

Please watch the roundtable below.

Topic: Building an Infrastructure for the Study of Comparative Public Policy 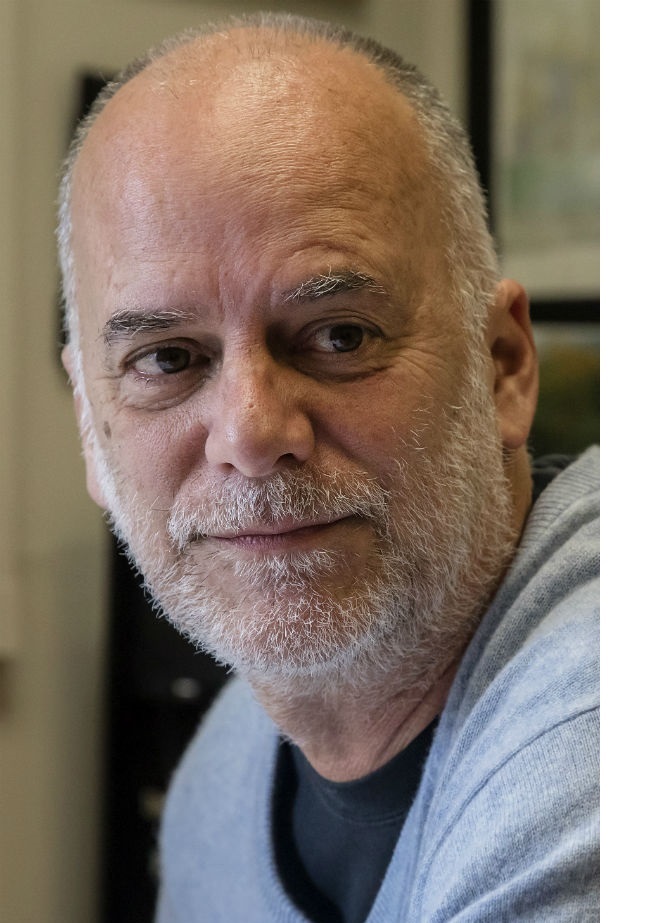 'The past generation has seen dramatic shifts in the study of comparative public policy, and the next generation will see even more. Thirty years ago, it was rare to see multi-country studies of particular public policies and theoretically driven comparisons of institutions of the welfare state were limited. Today, younger scholars are discouraged from looking at only one country, once the dominant research strategy. What are the promises and pitfalls of large international networks of research collaboration in the field of public policy? By reviewing the growth and development of the Comparative Agendas Project, in which I have been involved since its inception, I hope to explain the potential for large scale international collaboration as a viable, valuable, research strategy for the future.'

Frank R. Baumgartner is the Richard J. Richardson Distinguished Professor of Political Science at The University of North Carolina at Chapel Hill. He joined the department in 2009 as the first holder of the Richardson professorship. His work focuses mainly on public policy, agenda-setting, and interest groups in American and comparative politics and has appeared in such journals as the American Political Science Review, American Journal of Political Science, the Journal of Politics, Comparative Politics, the Journal of European Public Policy, and Legislative Studies Quarterly. He has also been recently involved in studies of race and criminal justice.

Please watch the keynote speech below.

Environmental change is increasingly becoming a fundamental policy issue and climate change is questioning the essence of policy decisions. Therefore, these changes are leading to new form of governance that goes beyond the traditional national and regional boundaries. The development of environmental diplomacy, for example, modifies traditional international alliances and underline even more the importance of scientific knowledge in multilateral negotiations and decisions. More can be done, and more will be done by international political- policy sciences in the coming years. Despite limited attention thus far, the policy scientists are in a strong position to address the many important issues raised by global environmental change. This roundtable wants to address three questions: What feasible strategies can nation states adopt today to respond to the environmental challenges? What role can civil societies play in redefining world governance over these issues? How can changes at the global scale satisfy the needs and aspirations of human beings toward a better quality of life?

Benjamin Cashore is Professor of Environmental Governance & Political Science at Yale University’s School of Forestry and Environmental Studies. He is courtesy joint appointed in Yale’s Department of Political Science and is a Senior Research Fellow at the Yale MacMillan Center for International and Area Studies. He is the Director of the Governance, Environment and Markets (GEM) Initiative at Yale and is the Joseph C. Fox Faculty Director of the Yale International Fox Fellows Program. He pursues his research agenda on public and private governance through three thematic efforts: policy change and policy learning; intervening to address ‘super wicked’ problems; and the influence of globalization and internationalization on domestic policy processes. His substantive research interests include climate policy, land use change, and sustainable forest management/deforestation challenges.

Frank Fischer is research scholar at the Institute of Avanced Sustainability Studies in Potsdam and a member of the food democracy research group at Humboldt University in Berlin. He has received numerous awards, including the Harold Lasswell Award for contributions to Public Policy Scholarship and the Aaron Wildavsky APSA Award for Contributions to the Field of Public Policy Studies. A founder of Critical Policy Studies journal, he currently serves as co-editor of the journal's Forum. His most recent books are Handbook of Critical Policy Studies (co-editor, Edward Elgar 2015) and Climate Crisis and the Democratic Prospect (Oxford 2017).

Amy Dahan is senior researcher in History of Science and Science Studies at the National Center of Scientific Research (CNRS, France). For the past fifteen years, she led a social science team at the Koyré Center (EHESS-CNRS) and a research activity focused on "Climate Change, Expertise and Manufacturing of futures". Her book (with Stefan Aykut) Gouverner le Climat ? Presses de SciencesPo, 2015, 750 pages, was considered as a reference at the time of the debates about the Paris Agreement.

Robert Paehlke is Professor Emeritus (Political Science/Environmental and Resource Studies) at Trent University. He edited the Canadian environmental journal/magazine Alternatives from its founding in 1971 until 1982. He is author of Hegemony and Global Citizenship (Palgrave Macmillan, 2014); Some Like It Cold: the Politics of Climate Change in Canada (2008); Democracy’s Dilemma: Environment, Social Equity and the Global Economy (MIT Press, 2004); and Environmentalism and the Future Of Progressive Politics (Yale UP, 1991) and editor of several other books including Conservation and Environmentalism: An Encyclopedia (1995) and (with Douglas Torgerson) Managing Leviathan: Environmental Politics and the Administrative State (1990 and 2005).

Please watch the plenary session below.