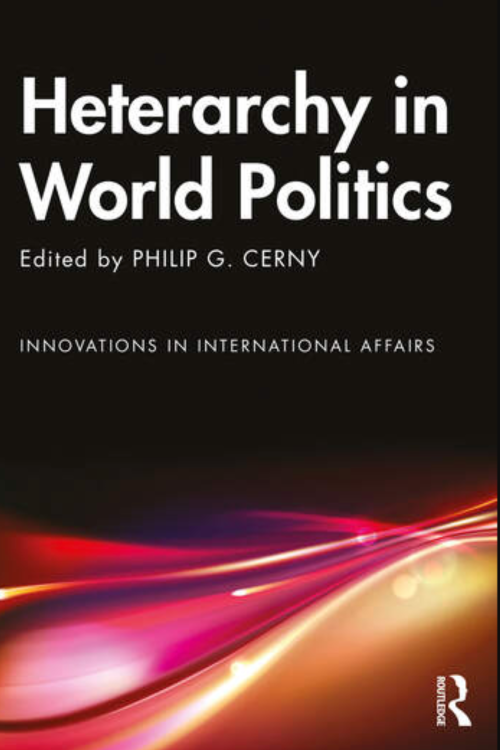 Philip G. Cerny is Professor Emeritus of Politics and Global Affairs at the University of Manchester, UK, and Rutgers University-Newark, USA. His research interests are the theory of world politics and political economy.

Heterarchy in World Politics challenges the fundamental framing of international relations and world politics. IR theory has always been dominated by the presumption that world politics is, at its core, a system of states. However, this has always been problematic, challengeable, time-bound, and increasingly anachronistic.

In the 21st century, world politics is becoming increasingly multi-nodal and characterized by "heterarchy" – the coexistence and conflict between differently structured micro- and meso quasi-hierarchies that compete and overlap not only across borders but also across economic-financial sectors and social groupings. Thinking about international order in terms of heterarchy is a paradigm shift away from the mainstream "competing paradigms" of realism, liberalism, and constructivism. This book explores how, since the mid-20th century, the dialectic of globalization and fragmentation has caught states and the interstate system in the complex evolutionary process toward heterarchy. These heterarchical institutions and processes are characterized by increasing autonomy and special interest capture. The process of heterarchy empowers strategically situated agents — especially agents with substantial autonomous resources, and in particular economic resources — in multi-nodal competing institutions with overlapping jurisdictions. The result is the decreasing capacity of macro-states to control both domestic and transnational political/economic processes. In this book, the authors demonstrate that this is not a simple breakdown of states and the states system; it is in fact the early stages of a structural evolution of world politics.