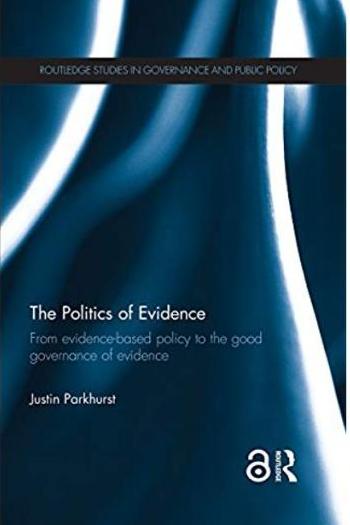 The Politics of Evidence

The Politics of Evidence ,From evidence-based policy to the good governance of evidence, 1st Edition (OPEN ACCESS)

There has been an enormous increase in interest in the use of evidence for public policymaking, but the vast majority of work on the subject has failed to engage with the political nature of decision making and how this influences the ways in which evidence will be used (or misused) within political areas. This book provides new insights into the nature of political bias with regards to evidence and critically considers what an ‘improved’ use of evidence would look like from a policymaking perspective.

The Open Access version of this book, available here.

*It has been made available under a Creative Commons Attribution-Non Commercial-No Derivatives 3.0 license.