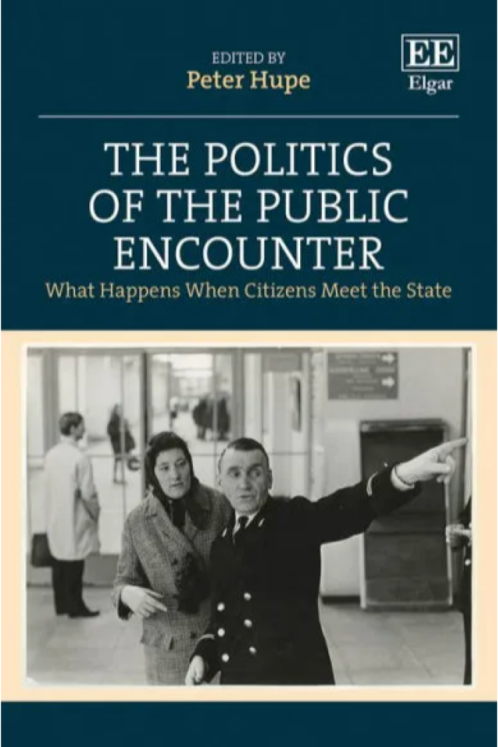 The Politics of the Public Encounter (2022)

After university and military service, Peter Hupe chose a career as a policymaker in the Dutch national civil service. There he became socialized in the art and craft of policy formation and also discovered the relevance of policy implementation. He made that choice for public service, having a master’s degree in Political Science (cum laude, Free University Amsterdam) and before obtaining a doctorate at Leiden University. At Erasmus University Rotterdam he taught and undertook research in Public Administration for more than thirty years. From that institutional basis he had academic affiliations in Leiden, Leuven, London, Oxford and Potsdam. Retired from his position in Rotterdam, he currently is Visiting Professor at the Public Governance Institute, KU Leuven, Belgium. He is also Honorary Senior Research Fellow at the School of Social Policy, University of Birmingham, UK.

On the ground floor of government, citizens interact with teachers, medical staff, police officers and other professionals in public service. It is during these encounters that laws, public policies and professional guidelines gain further substance and form. In this insightful book, Peter Hupe brings together expert contributions from scholars across the globe to study the social mechanisms behind these public encounters.

Integrating empirical case studies with cutting-edge theory, The Politics of the Public Encounter investigates what happens when citizens meet the state. Adopting a realist perspective, contributors examine the dichotomy between what is expected to happen and what actually happens at the street level of government. Chapters explore topics such as rule application and individual agency, the relationship between discretion and accountability, the consequences of digitalization and citizens’ impression management. Hupe concludes with a reflective essay and gives an account of what has been left aside, advancing a clear agenda for future research into the relationship between citizen and state.

Advanced students and scholars of law, political science, public administration, sociology and philosophy interested in the mechanisms behind the citizen/state encounter will benefit from the book’s multi-disciplinary approach. Its realist insights will also be an essential reference point for public service professionals.

CONCLUSION18 The state of the citizen 354Peter Hupe

The Politics of the Public Encounter, What Happens When Citizens Meet the State