Preparing your trip to Barcelona?

Check out our dedicated sections.

We update these sections regurlarly with the latest info.

Barcelona is an enchanting seaside city with boundless culture and fabled architecture. The historic capital of Catalonia is packed with galleries, museums, historical attractions, and restaurants. 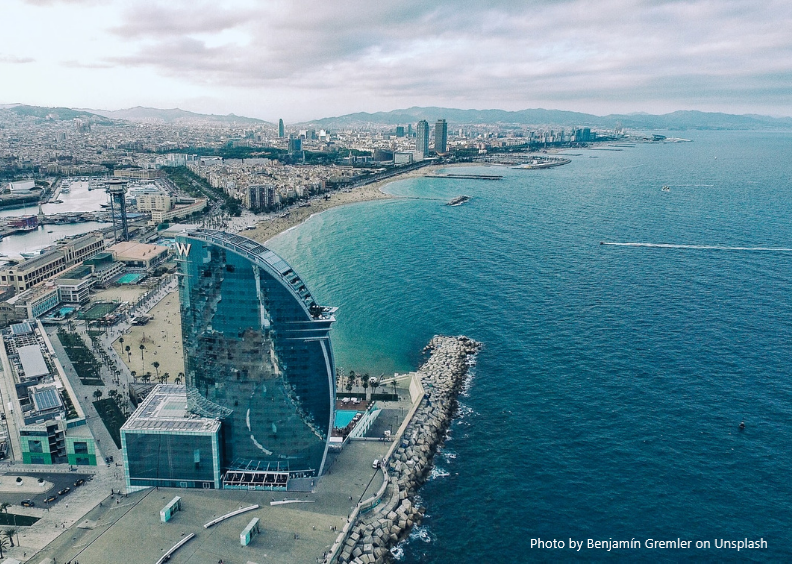 Top places to visit in Barcelona

If you have time for only one sightseeing outing, this should be it. Gaudí's unparalleled, Unesco-listed La Sagrada Família inspires awe by its sheer verticality, and in the manner of the medieval cathedrals it emulates, it’s still under construction. Work began in 1882 and is hoped (perhaps optimistically) to be completed in 2026

Around 1km north of Gràcia, the Unesco-listed Park Güell is where Antoni Gaudí turned his hand and imagination to landscape gardening. It’s a surreal, enchanting place where the great Modernista's passion for natural forms really took flight and the artificial almost seems more natural than the natural.

Casa Batlló is a UNESCO World Heritage site and an icon in Barcelona, a must-see for those who want to discover Gaudí's work and modernism. Located in the centre of Barcelona, Casa Batlló has a unique architectural style and is known locally as "Casa Dels Ossos" which means "House of Bones" because of its skeletal appearance.

Dates back over 2,000 years and is one of the most talked-about neighbourhoods in the city—full of charm and captivating history. Las Ramblas is a large boulevard which runs approximately 1.2 kilometres long with Port Vell (near the cruise port terminal) at the Southernmost end and Plaça de Catalunya at the northernmost end.

Barcelona has some wonderful beaches perfect for resting aching feet after days of sightseeing. Barceloneta is the most popular, with its lovely sweep of golden sand and promenade packed with restaurants, but for something less crowded, walk further north towards the Fòrum area.

About two-thirds of the way up the Ramblas, on the left, you will see one of Europe's largest and most famous food markets.

It is a historical building that was built as a military camp in 1640. The structure was constructed at the top of Montjuïc hill. Castell de Montjuïc can be reached by the Funicular de Montjuïc and the Montjuïc Cable Car. 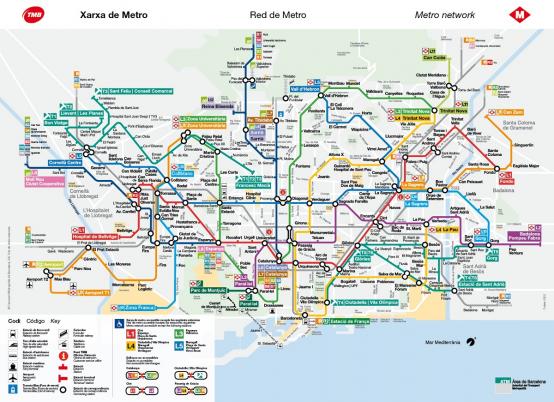 By Metro and Bus

Barcelona has a good public transportation network. Most people use the Metro (subway) to travel long distances. However, the city is fairly compact, so many visitors end up walking everywhere. The Metro is nice to ride during the steamy summer because it’s air-conditioned.

Hola BCN! Travelcard: you can make unlimited journeys all over Barcelona and the metropolitan area on public transport: metro, bus (TMB), tram, urban railway (FGC) and zone-one regional rail (rodalies de Catalunya). Purchase tickets from 2 days (€16.30) up to 5 days (€38.00) on the following link.

TMB has implemented a reinforced cleaning and disinfection protocol certified by Applus Certification as safe places.

Spain is famous for its tapas. Tapas are basically mini portions of single dishes that are meant to be snacked on in bars/restaurants. Not quite a snack, not quite a meal, the tapa is all about sociability, whether that involves ordering a parade of little dishes to share over a bottle of wine and a long chat or whether your objective is a much more civilised version of the bar crawl.

Seafood paella (and seafood in general) is very popular in Barcelona since the city is located on the coast. Paella is currently an internationally-known rice dish from Spain. It originated in the fields of a region called Valencia on the eastern coast of Spain. Today paella is made in every region of Spain, using just about any ingredient that goes well with rice.

Cava, which is sparkling wine like Champagne, might as well be the official drink of Barcelona. It's the pride and joy of many winemakers in Catalunya (one of the few regions in which cava can officially be produced). A trip to Barcelona would not be complete without the chance to enjoy a fine glass of this refreshing beverage. 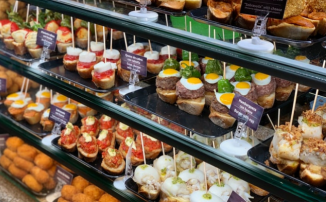 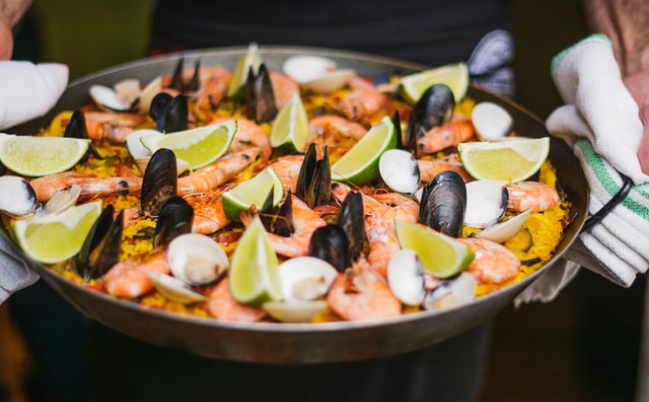 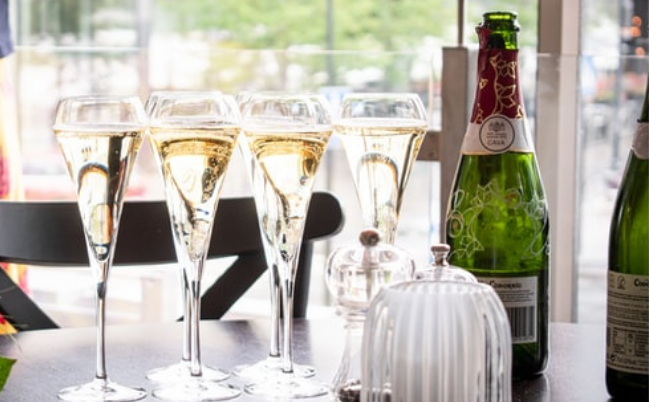