Nairobi, the capital and largest city of Kenya is situated in the South-Central part of the country, at the elevation of 1680 meters. It is surrounded by 113 km² of plains, cliffs, and forests that make up the city’s Nairobi National Park. The city hosts the United Nations headquarters in Africa, and many other international and regional organizations. It has an estimated population of 3.5 million inhabitants, making it the largest city in the country and one of the largest cities in East Africa.

The city is famous for its beautiful natural landscape and is home to one of the largest wildlife parks. The Nairobi National Park, the country's main attraction is a large reserve of numerous wild animals including lions, cheetahs, leopards, zebras, giraffes, gazelles, more than 400 species of birds and more.

Jomo Kenyatta International Airport, located 15 km to the southwest, is Kenya's largest aviation facility, and one of the main airports in East Africa. The airport directly serves intercontinental passengers from Europe, the Middle East, and Asia as well as internal flights to Kenya's main cities. 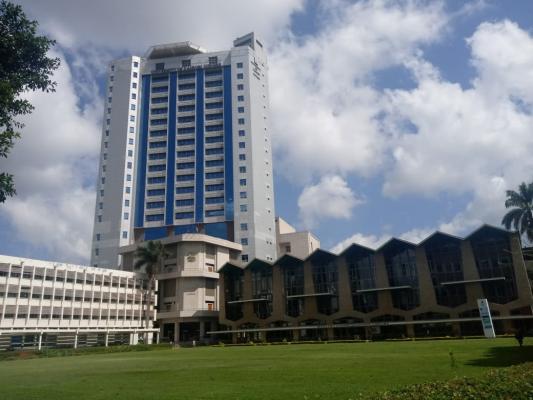 About Dept of Political Science and Public Administration, University of Nairobi