Brasilia is the capital city of Brazil, and is situated within the Federal District. Interestingly, Brasilia is the only city that was founded during the 20th century that has been awarded the status of a UNESCO World Heritage Site. The criteria for this esteemed title are strict, bearing testimony to the innovation and creativity of this modern city.

Brasilia is celebrated for its modern architecture and revolutionary design, which creates an ultra-innovative destination for design enthusiasts.

Layout of the City

The city was constructed in an extremely "rational" way. There are two main traffic-ways that divide Brasilia and form the bow and arrow image of the city. The Eixo Monumental runs straights from east to west, holds all of the monuments and government buildings, and divides the city into the Asa Norte (north wing) and Asa Sul (south wing.)

The Eixo Rodoviario runs North to South with a slight curve. The point of intersection of these two roads is the central bus station, the Rodoviaria. This division of the city is further enhanced with the cities "zoning" of areas: all important government buildings are located at the eastern end of the Eixo Monumental. All of the hotels are around the Rodoviaria.

Bus Transportation: Long-distance buses arrive at the Rodoferroviario, located west of the Eixo Monumental. Distances to Brasilia from other major cities such as Rio, Sao Paulo and Salvador are very large.
061/363-2281.

Escola Nacional de Administração Pública (ENAP) is almost 10 Kilometers away from the Airport.

Bus: The main bus center (Rodoviaria) is in the center of the city, at the intersection of the Eixo Monumental and Eixo Rodoviario. The city is basically divided into a cross for public transportation, with bus routes running east-to-west and north-to-south. Most visitor attractions are located in the center of the city which is a walking distance from the main bus station.

Metro: It is shaped in the form of a Y, is services by two lines. They do not run through most of the political or tourism destinations so it is not convenient to take the metro service for a sightseeing tour of Brasilia. Not as comprehensive as the subway services in some of the other cities, the Brasilia Metro service originates from the Rodoviaria bus station and travels south. It was constructed mainly to serve the massive population residing in the satellite towns in the region. The satellite towns are more populated than the Pilot Plan of Brasilia and people are heavily reliant on the metro service which is clean, safe, fast and also free from all forms of constraints put in place by road traffic.

Taxi: This is the best way to get around, as the taxi driver will be able to figure out the address you want to go to without getting lost. 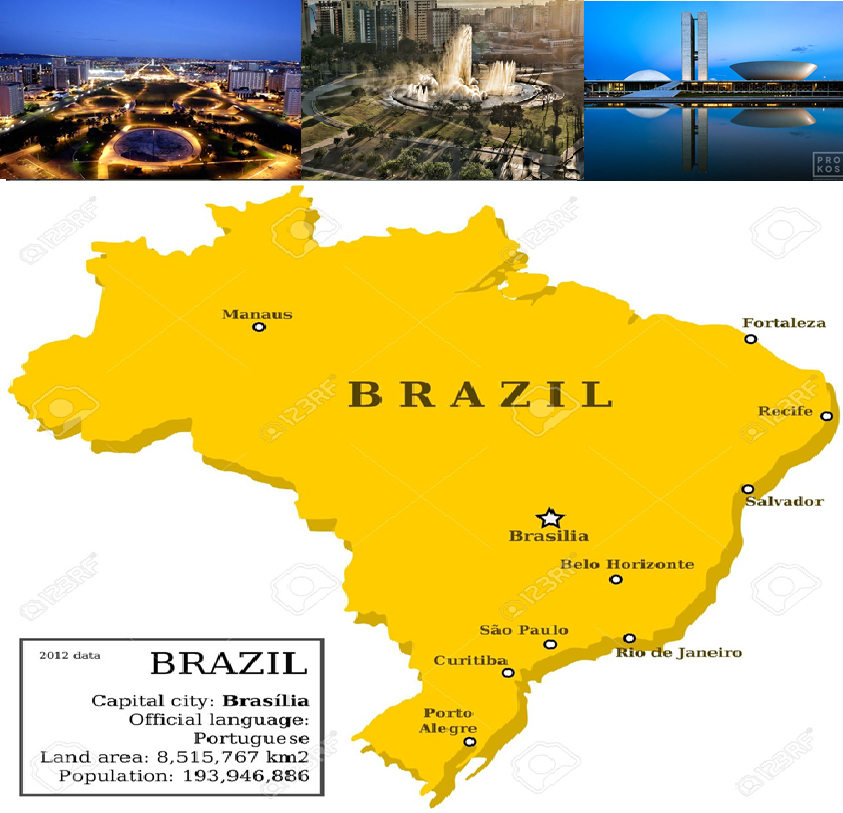